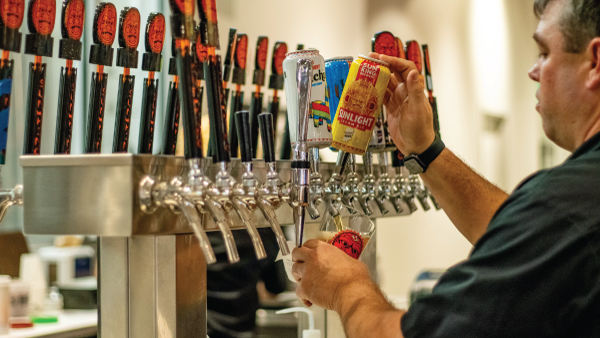 Sun King Brewing Company is an Indianapolis-based craft brewery with a focus on continually creating traditional seasonal and unique specialty beer. Sun King rolled our first keg of beer out of the door in July 2009 and since that time has grown into one of Indiana’s largest and most award-winning breweries, with multiple medals at the Great American Beer Festival® and the World Beer Cup®.

Sun King remains dedicated to independent craft beer and continued growth with a commitment to community development where ever our beer is sold.

Now available on tap and in cans throughout Indiana, Illinois, and Florida, Sun King has grown into the second-largest beer brewer in the state of Indiana. The company’s commitment to handcrafted seasonal and specialty beers has been rewarded with multiple medals at the Indiana Brewers Cup, Great American Beer Festival®, and World Beer Cup® competitions.